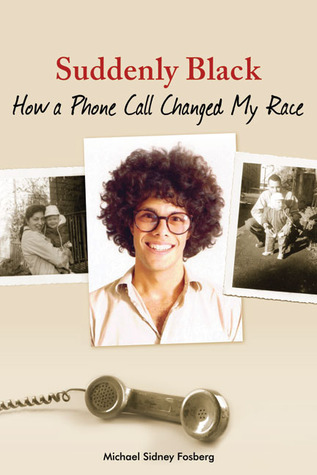 Chicago native Michael Fosberg has been working to create a national dialogue on race and identity since 2001 when he launched his one-man autobiographical play Incognito. This powerful and thought-provoking show is about the search for his biological father and the ultimate discovery that he is black. The writer-actor-director has performed the play throughout the United States at hundreds of arts venues, educational institutions, corporations and government agencies, including the Sundance Institute, NASA, the Social Security Administration, the National Training Center for the U.S, Army at Ft.

Irwin, and the Black Academy of Arts & Letters. As part of his presentations he leads insightful post-performance discussions on human relations, identity and race.Fosberg began his performing career at the prestigious theater-training program at Northwestern University—the National High School Institute—where he has returned to serve as a faculty member the past seven years. He received his Bachelor of Fine Arts degree from the University of Minnesota, then returned to Chicago, appearing in shows at the Steppenwolf, Remains, Wisdom Bridge, and Goodman Theatres and the chance to work with directors Gary Sinise, John Malkovich, and Robert Falls.

He co-founded the Huron Theater Ensemble in Chicago and the Living Library Theatre in Los Angeles, where he also worked in television and film.

Comments
Comments for "Suddenly Black: How a Phone Call Changed My Race":