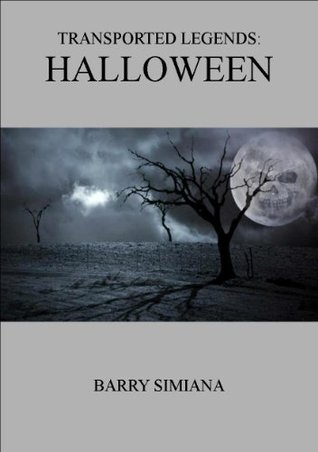 Transported Legends: HALLOWEEN is a story about the legends that never made the trip from the Old World to Australia. So many traditions and legends that took root in other lands sprung from the loins of Mother Europe have only a limited, if any following here. But what happens if they do finally make the trip, find that patch of fertile ground where they might flourish and grow. This first edition considers HALLOWEEN, only recently adopted by children because of the sugar connection and forced upon us locals by multinational stores who can smell a dollar not squeezed from parents.

What happens when a legend that thrives on belief is forced to fight for its own life lest it die like the Elder Gods.So how do you kill a myth? How far are you going to go when you are the last one who does believe? And what happens if you fail?Transported Legends: HALLOWEEN is the first in a series exploring the Old Legends.

Others in the works include the Big Three : Vampires, Werewolves and The Mummy, Alien landings, Forgotten Lands, and more.Coming soon.