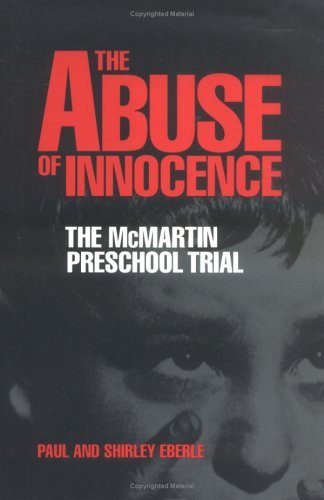 After searching the school and the homes of its owners and teachers, police distributed a letter urging parents of past and present pupils to come forward to corroborate the charge. The result was mass hysteria unlike anything experienced in America in decades. The children denied that any abuse occurred, so prosecutors hired a private clinic to evaluate and examine each child, after which parents were informed that every pupil who attended the school had been sexually abused.

This revelation led to more than 200 charges being filed against Virginia McMartin, Peggy McMartin Buckey, Raymond and Peggy Ann Buckey, and three other teachers. Child witnesses testified that they were raped by their teachers, subjected to satanic rituals, and forced to watch animals being killed. Though many charges were dropped and formal indictments obtained only against Raymond and Peggy McMartin Buckey, the ensuing trials clogged the courts for over six years, at a cost to taxpayers of more than $16 million.

Investigative reporters Paul and Shirley Eberle sat through the entire ordeal, from pre-trial hearings to the retrial of Raymond Buckey on 13 unresolved counts. Their compelling account of this protracted courtroom battle and the terrible toll it exacted from the defendants as well as their accusers is powerfully enhanced by a gripping description of the medias role in shaping public perceptions. The Abuse of Innocence captures the often unseen tragedies thatsurround an outcry for public vengeance in cases of alleged child sexual abuse: prosecutors who are willing to sacrifice justice to win- the questionable assumptions many people make about the veracity of testimony from jailhouse informants, expert witnesses, and the children the

Comments
Comments for "Abuse of Innocence":