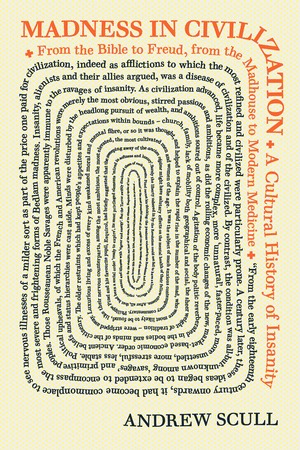 Where are they now? The very disease no longer exists. In this fascinating account, Andrew Scull tells the story of Hysteria - an illness that disappeared not through medical endeavour, but through growing understanding and cultural change. More generally, it raises the question of how diseases are framed, and how conceptions of a disease change through history.The lurid history of hysteria makes fascinating reading.

Charcots clinics showed off flamboyantly hysterical patients taking on sexualized poses, and among the visiting professionals was one Sigmund Freud. Scull discusses the origins of the idea of hysteria, the development of a neurological approach by John Sydenham and others, hysteria as a fashionable condition, and its growth from the 17th century. Some regarded it as a peculiarly English malady, the natural concomitant of Englandsgreater civilization and refinement. Women were the majority of patients, and the illness became associated with female biology, resulting in some gruesome treatments.

Charcot and Freud were key practitioners defining the nature of the illness. But curiously, the illness seemed to swap gender duringthe First World War when male hysterics frequently suffering from shell shock were also subjected to brutal treatments. Subsequently, the disease declined and eventually disappeared, at least in professional circles, though attenuated elements remain, reclassified for instance as post-traumatic stress disorder.Hysteria: the biography is part of the Oxford series, Biographies of Diseases, edited by William and Helen Bynum.

In each individual volume an expert historian or clinician tells the story of a particular disease or condition throughout history - not only in terms of growing medical understanding of its nature and cure, but also shifting social and cultural attitudes, and changes in the meaning of the name of the disease itself.

Comments
Comments for "Hysteria: The Biography":