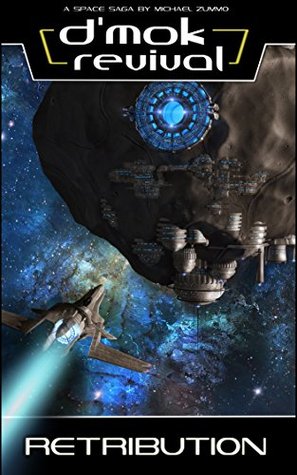 Dmok Revival: Retribution is the follow-up to Dmok Revival: Awakening, and is the second book of Michael Zummos Nukari Invasion Trilogy.Rhysus Mencari lost everything to the warmongering Nukari. Only his superhuman abilities allowed him to survive their invasion. While assembling a team of Dmok Warriors, powerful aliens with abilities like his, he discovered Nukari entrenched in countless worlds. Together the team disrupted numerous operations, a feat not left unnoticed by his nemesis.Now a new threat has emerged.

Vicious Nukari beasts with D’mok-like abilities have begun terrorizing worlds.When an unknown group of super-aliens are found battling the beasts, Mencari struggles to discern would-be allies from another powerful foe.Can his fledgling warriors win against those with abilities like their own? Will the unknown super-race come to his aid or seek his destruction?

More importantly, how much longer will the Nukari continue their subterfuge before returning with their mighty armada?